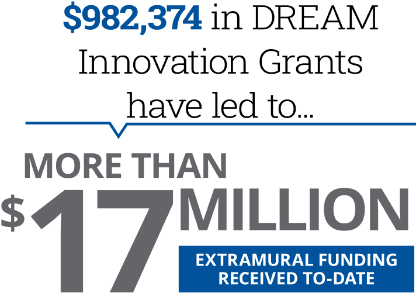 The Duke DREAM (Developing Research Excellence in Anesthesia Management) Campaign was established to support Duke Anesthesiology’s research programs and initiatives. As implied by our motto, we empower great minds to turn dreams into reality.

By encouraging the entrepreneurial spirit, unfettered imagination, and unchecked ambition, the DREAM Campaign inspires Duke Anesthesiology faculty and provides them with the wherewithal to achieve great strides in the medical world. Together with our supporters, we are transforming the future of patient care.

In the mid-2000s, Joseph P. Mathew, MD, MHSc, MBA, Jerry Reves, MD, Professor of Anesthesiology, and current chairman of Duke Anesthesiology, had the foresight to launch a philanthropic program within the Cardiothoracic Anesthesiology Division to provide bridge funding for research and endowed professorships. He appointed Elizabeth Perez, RN, BSN, as director of strategic planning and development. Under the leadership and support of Mathew and former department chairman and Duke Private Diagnostic Clinic president, Mark F. Newman, MD, Merel H. Harmel Professor of Anesthesiology, this program soon became a department-wide initiative and became known as the Duke DREAM Campaign.

As the program grew, a team of advisors was established to serve as mentors, ambassadors, and supporters of Duke Anesthesiology’s philanthropic initiatives. Rebecca Hinshaw, RN, served as the campaign’s first advisory board chair. Elizabeth Allardice, a passionate philanthropist and prominent realtor in the Triangle, served as the campaign board’s chairwoman. Like many DREAM Campaign supporters, Allardice is a member of the local community who believes in the power the DREAM Campaign has to positively impact patients’ health and quality of life. Other DREAM Campaign supporters include the department’s faculty, staff and alumni.

The purpose of the DREAM Campaign is to raise philanthropic support for research initiatives focused on improving patient outcome, pain management, and quality of life, as well as to establish endowed professorships. Rather than depending solely on extramural agencies to support essential programs within the department, we place power in the hands of our community. One of our primary objectives is to educate the public on the importance of perioperative research and highlight the influential role the anesthesiologist plays in the medical arena.

Since our inception, we have encouraged innovative research ideas and programs with the capacity to generate independent federal funding. The DREAM Campaign provides support to Duke Anesthesiology in two primary ways: endowed professorships and internal grants.

Endowed professorships, or endowed chairs, are the most prestigious faculty appointments at Duke University Medical Center made possible by generous individuals and/or families who want to invest in Duke’s legacy of excellence and create a partnership with the department to work toward a brighter tomorrow. Endowed professorships are awarded to the department’s most distinguished physician-scientists or used to recruit the best and brightest individuals who have exhibited both outstanding achievement and strong potential for future accomplishment. Those who choose to establish an endowed chair are given the honor of naming it after an individual of their choice.

“Duke Anesthesiology has a number of endowed chairs,” explains former chair and DREAM Executive Board member, Joseph “Jerry” Reves, MD. “That’s what sustains the department through the years . . . to have that sort of support and effort to strengthen the fundamental wherewithal of the academic department.” It was the legacy of Dr. Reves that inspired the DREAM Campaign’s first philanthropic initiative: The Jerry Reves Professorship Campaign. In 2011, the DREAM team celebrated the naming of Dr. Mathew as the first Jerry Reves, MD, Professor of Cardiac Anesthesiology.

At Duke University, the cost of funding a professorship is $2.5 million. We invite you to take advantage of this opportunity to create a permanent legacy in honor of a mentor or a loved one. 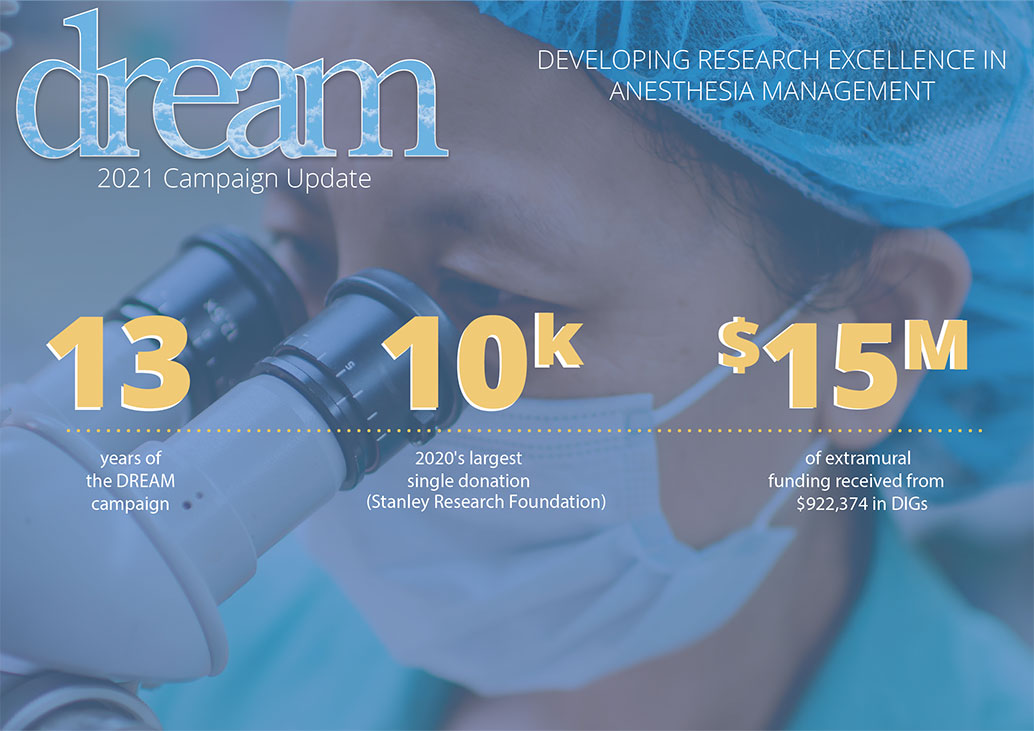 Duke Anesthesiology would like to sincerely thank our valued donors who have given to the Duke DREAM Campaign over the years.

Make a Gift to the DREAM Campaign